Mexico offers a wealth of stunning landscapes and exotic locales to win the hearts of any traveler. However, its hospitable people, rich cultural legacy and invigorating resorts will lure you back to Mexico again and again! Here are a few of our favorite destinations in Mexico ideal for honeymoons or resort vacations:

Spend the day at a luxury beach club where you can enjoy swimming, sunbathing, aquatic sports, spa services and a variety of modern amenities. You’ll find some of the best in the resort destination of Playa del Carmen, along with the Riviera Maya’s best shopping, dining and nightlife. Our hand-picked list of Riviera Maya resorts will help you to enjoy the best that this thrilling destination has to offer.

Cancun delivers to travelers the best of many worlds: the Caribbean and Mexico; modern and ancient; action packed and laid back. Cancun is unequaled in its ability to offer cultural treasures, natural beauty, infinite activities and North American-style conveniences. Considered the gateway to the Mayan world, Cancun offers world-class resorts, stunning beaches, and is designed with the pleasure-seeking traveler in mind.

We invite you to browse our list of the finest resorts and destinations in Mexico. Whether you are seeking a resort vacation, honeymoon travel, or just a weekend getaway, we can create the perfect package for you and your guests.

When it comes to amazing landscapes, Mexico is surprisingly diverse. Mexico has so many stunning natural areas. There are tropical forests, arid desserts, fertile valleys and snow covered mountain peaks. Whatever your preference, Mexico delivers. Along with a full range of water-sports including diving, snorkeling and fishing, you can also indulge your passion for golf on over 160 world-class golf resorts. 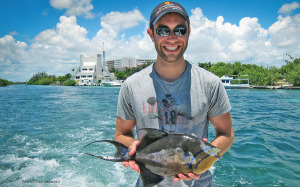 Mexico's is renowned for its non-stop nightlife, from quiet candlelight dinners to the pulsing beats of beachfront clubs and discos. A cantina is a typical Mexican bar frequented for its botanas (appetizers), served with traditional alcohol. Also, many bars offer a combination of Spanish and English pop, rock, house, hip-hop or R&B as well as some Latin/Caribbean music to be found. There are also some amazing clubs in Mexico's resort areas that also play a wide selection of music. 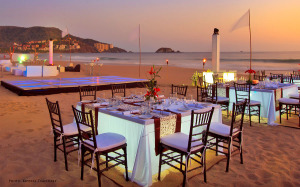 Mexico's culture is easily seen in its cuisine. Mexican cuisine is known for its blending of Indigenous and European cultures. Popular dishes include tacos, enchiladas, mole sauce, atole, tamales, and pozole. Traditionally the main Mexican ingredients consisted of maize, beans, meat, potatoes, tomatoes, peppers, chili peppers, habanero peppers, onions, nuts, avocados and guavas. Popular beverages include water flavored with a variety of fruit juices, and cinnamon-flavored hot chocolate prepared with milk or water and blended until it becomes frothed using a traditional wooden tool called a molinillo. Alcoholic beverages native to Mexico include mescal, pulque, and tequila. Mexican beer is also popular in Mexico and are exported. There are international award-winning Mexican wineries that produce and export wine. 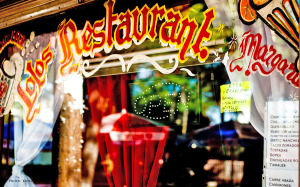 Xpuha, 77750 X-Puhá, QROO, Mexico
We choose the finest beach in the Riviera Maya as a spectacular natural setting for the Barceló Maya More info
Book now

77600 Cozumel, QROO, Mexico, Mexico
Cozumel Palace, one of the vacation wonders of the world… Not too long ago, Cozumel Island was More info
Book now

77710 Solidaridad, QROO, Mexico, Mexico
El Dorado Royale offers an escape like no other. All the luxuries you can imagine combined with pers More info
Book now

Cancun, QROO, Mexico, Mexico
Excellence Riviera Cancun, secluded but never isolated… If you have a taste for romance and re More info
Book now

Acapulco de Juarez, GRO, Mexico, Mexico
The Fairmont Pierre Marques, is one of the best resorts of the country, and the perfect intimate get More info
Book now

63732 Nuevo Vallarta, NAY, Mexico, Mexico
At the Hard Rock Vallarta, you can explore the lifestyle of a rock n’ roll star, with all the More info
Book now

Cancun, QROO, Mexico, Mexico
Welcome to Isla Mujeres Palace, Your Couples-Only Island in the Sun! An oasis for the two of you. Si More info
Book now

23453 Cabo San Lucas, BCS, Mexico, Mexico
The Hotel Riu Santa Fe is ideal for indulging in any kind of water sport or simply for enjoying the More info
Book now

Punta Mita, NAY, Mexico, Mexico
The St. Regis Punta Mita Resort is ensconced in one of the world’s most alluring beaches on the Paci More info
Book now