Welcome to the Ultimate Paradise… the Islands of Tahiti…

Many islands are crowned with majestic jagged peaks while others appear to barely float above the breaking waves. Spanning an area in the South Pacific as large as Western Europe, the total land mass of all the islands adds up to an area only slightly larger than the tiny state of Rhode Island.

Easier to access than you might imagine, Tahiti’s Faa’a International Airport is under 8 hours by air from Los Angeles (LAX) airport, with daily nonstop flights. Tahiti is halfway between California and Australia, on the same side of the International Date Line as North America, and in the same time zone as Hawaii (only three hours behind California from March to October and two hours behind California from November to March).

Experience our over-water bungalows, explore dense tropical forests, enjoy a private picnic on your private motu. Snorkel, scuba, or simply relax. The islands of Tahiti can accommodate your every whim.

World-class snorkeling and diving in Tahiti is one of the South Pacific's best-kept secrets. Both experienced and beginner divers and snorkelers are amazed by how clear the waters are and how close they can swim to the marine life, such as the gigantic manta rays. 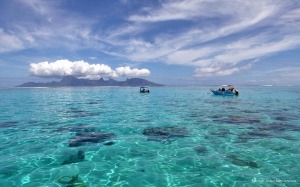 Tahiti's big resort hotels all offer weekly shows and entertainment. You also have a full range of pubs, cafes, and restaurants to explore. 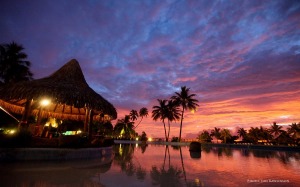 The indigenous people of Tahiti-Polynesia are the Maohi or Eastern Polynesians (as opposed to the Western Polynesians in Samoa and Tonga). Racial intermarriages are common and many Tahitians can claim French, Chinese, American and Polynesian ancestry. This accounts for the physical beauty of the inhabitants and the total absence of racial prejudice, either from the Europeans or the Tahitians. 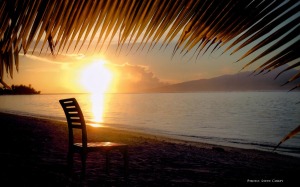